In 2016 Renesas Electronics selected the city of Stratford, Ontario, Canada (sister city to Willam Shakespeare’s birth city in the UK) to develop the first chapter of it’s self-driving car development program. Renesas autonomyTM has a target to demonstrate engineering accomplishments at CES each year thereafter. A team of scientists and engineers were assembled from University of Waterloo and BlackBerry QNX in nearby Ottawa and Waterloo.

Read the full article at: renesasatces.com

Toyota selected Renesas as the key semiconductor supplier for its “Highway Teammate”, an autonomous-driving prototype car designed to merge, pass, change lanes, and perform other actions during highway driving, under supervision. Production vehicles are planned for sale by 2020. The R-Car SoC has been selected for Denso’s engine control unit (ECU), which will be used for Toyota’s upcoming autonomous-driving vehicles. The R-Car SoC will function as the electronic brain for the autonomous-driving system, providing highly accurate intelligence on the vehicle’s position within its environment and making real-time decisions on vehicle control and active safety maneuvers based on sensor data. The RH850 was also selected to control driving, steering, and braking functions based on the judgements made by the R-Car SoC.

Read the full article at safecarnews.com

This story seemed to have slipped under the radar due to timing. Imagine the largest carmaker not only showing an autonomous-driving car but already identifying suppliers from its pool of trusted companies, Denso and Renesas to deliver the product in 2020. Now that Denso owns 5% of Renesas maybe more reports will make the automotive headlines.

Situated in an overlapping tech and automotive corridor this North American site provided a unique combination of small and large economies, international trade boundaries and automotive engineering talent on hand. The city is mostly famous for hosting one million visitors each year to its world class theatre program during the summer festival. As cities evolve along with car development increasing in automation, Stratford is determined to also establish itself as a tech and cultural center to welcome the next generation of innovation and entertainment that millennials expect.

Read the full article at: renesasatces.com

Magney who was at Nvidia’s GTC in Munich this week, said, “Nothing different… Nvidia advocates fusing raw data despite the high capacity physical layer. Nvidia claims their architecture can handle massive amounts of data so no need to process outside of the domain controller.”

Read the full article at: www.eetimes.com

Let’s not ignore the massive amounts of code all requiring ASIL level testing, moving from SAE L2 to L5 is not a single step or generation. 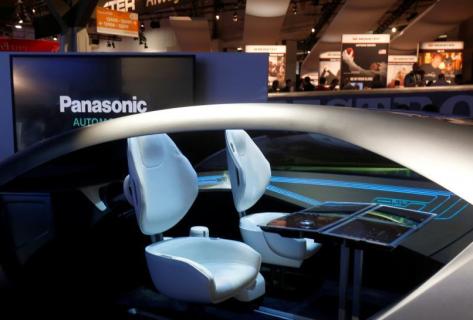 “We know we are behind our rivals right now,” said Shoichi Goto, director in charge of vision and sensing technologies at the firm’s automotive R&D division.

“But we have developed key LSI (large-scale integration) chips for advanced image processing and sonar sensing that would give us major advantages, using expertise from television sets and cameras.”

Read the full article at: www.reuters.com

A humble admission from a company with a great track record – it’s not too late to enter the autonomy market for cars, it hasn’t yet arrived.

Renesas Electronics is investing in helping its customers, Tier1 suppliers and Car OEMs pre-solve some of the more troublesome challenges to production. The lessons learned will not only speed up autonomy becoming available in regular cars, but a lot of other safety features will be added to your next car along the way as a result of the practical research.

Saving lives will be worth celebrating, although the engineering effort is large with many investors needed. Sign up and attend the webinar produced by Automotive World at making-autonomous-car scheduled to go live Oct 18, 2017, at 10:00 AM EDT or your local time zone.

“While vehicle domain interaction is a well-known challenge, GENIVI has a unique opportunity to play an integral role in defining the necessary cross-domain paths,” said Peter Schönenberg, president, GENIVI Alliance.

It seems like standards in software may be the key to moving multi-domain integration off dead center for automotive.

“The tech and commercial gaps exist because the promise of cheaper, safer, higher quality and more sustainable mobility requires fundamental advancements in technology along with shifts to new business models. This… transformation… is complicated and fraught with uncertainty. No single player in the ecosystem is responsible for the gaps, but all need to be engaged to help close them.”

Read the full article at: analysis.tu-auto.com

autonomy in cars is very difficult, requires collaboration and incredible amounts of testing to assure 100% reliability.

Tesla’s move could prompt Nvidia’s other auto partners to take a closer look at AMD as an alternative to Nvidia, which has been the dominant player in the market so far.

Read the full article at: www.businessinsider.com

Building embedded processors for safety is not easy, proven by the failure of Intel/Mobileye to secure Tesla for the long term. I wonder how AMD could possibly catch up so quickly.

Without a mandate and industry-wide standard for V2V communication, automakers are delaying their V2V implementations. Ford, for instance, has put a hold on installing V2V technology in its vehicles, which can cost up to $350 per vehicle. Without a common standard adopted by all automakers, cars made by different manufacturers may not be able to communicate with each other, diminishing the V2V’s value.

Read the full article at: www.businessinsider.com

The auto industry is great at setting standards in the automotive segment, but after almost two decades trying to create a standard for V2V, they are depending on a government mandate, surprisingly one that would cost them money to implement.